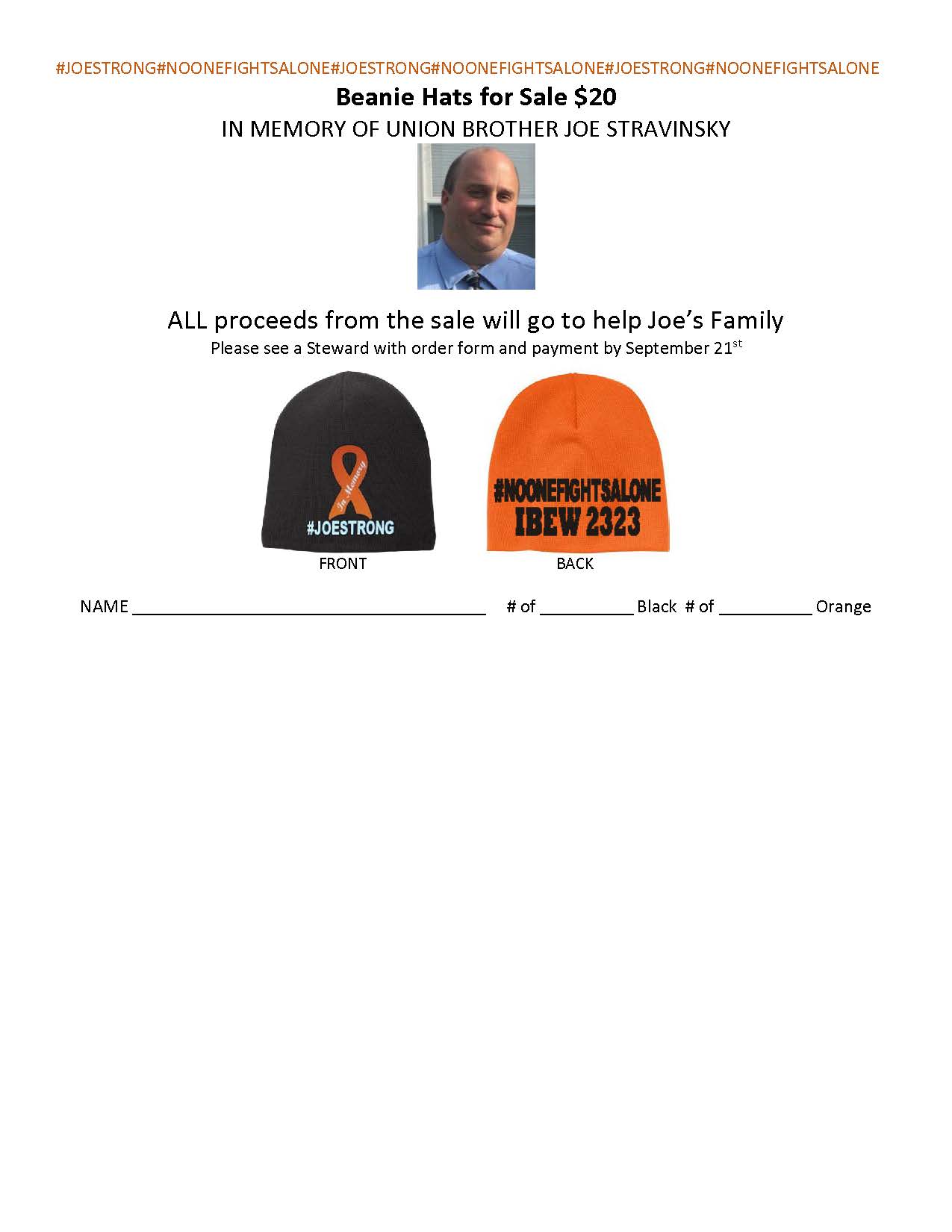 It is with profound sadness we share the news that Joe Stravinsky’s passed away on Friday Aug 24th.  Joe was a longtime union member and union steward.   Service Arrangements are listed below:

The current Collective Bargaining Agreement is set to expire in August of 2019. This new agreement will now extend our contract till August 5th 2023.

This new agreement will see our wages accrue to an 11.2% increase during the four year extension. Pension bands will also increase a total of 3% during the length of this agreement. Our benefits will continue to be among the best in the Telecom Industry. These benefits will protect jobs and give this membership security for themselves and their families until 2023. This new extension was a direct result of the steadfastness of IBEW SCT-6 Members during the 2016 Strike of Verizon.

Verizon believed that they could break the Union in 2016 by cancelling Health Care Benefits of our families. This action did not sway this membership, it angered them.

In the end, Verizon did not achieve its goal of fracturing the Union. Instead, we achieved a fair contract that protected Members and their families. And now, after spending 7 weeks holding the line in 2016, the result is 7 years of Contract protections.

In sum, this 4 year extension is a direct result of you, the Members, showing great resolve and a willingness to fight for your future in 2016.

THANK YOU FOR YOUR SUPPORT!.

Sadly, the Union has learned of the passing of Lois Kopecky, a retired longtime member who worked as a Service Representative in the Collections office in Providence.  Lois was a friend to many and will be missed.

Calling hours are as follows:

Congratulations to the winners!

Ratification voting of the proposed contract extension will continue through next Friday August, 3rd. Voting will take place at the Union Hall from 9:00am until 4:00pm. Please make every effort to stop by and vote!

Information meetings & voting for the 2018 Contract Extension will take place on the following date:

This is the proposed agreement subject to ratification. Special informational meetings will be scheduled as soon as possible to discuss the terms of the agreement and allow voting.

The IBEW, CWA, and Verizon have reached an agreement in principle to extend the collective bargaining agreements for a four-year period. The current agreements are set to expire on August 3, 2019. If finalized, the agreements will extend through August 5, 2023. The company and the unions are documenting the understanding in signed contracts and expect to have that completed this week, at which time we will communicate further details.

The contract will be subject to ratification by our members. We will keep you posted.