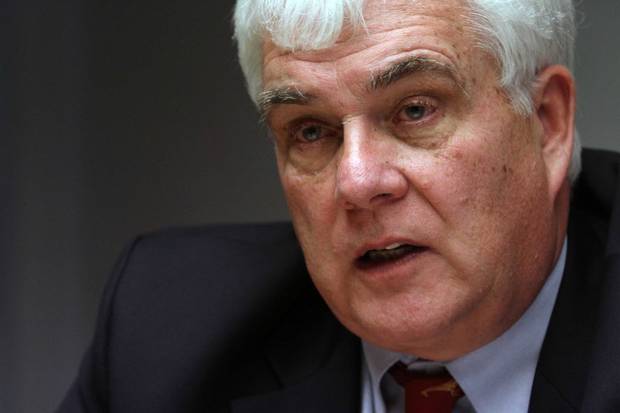 On Nov. 4, Rhode Islanders will have the opportunity to vote on whether or not they wish to convene a Constitutional Convention (Con Con). We stand on the brink of a dangerous precipice. If Question 3 is approved, the floodgates will be opened to out-of-state special interests, and our Constitution could be radically altered and our rights stolen.
Individuals have written about the dangers a Con Con would be to our civil rights. We have heard from those who remember the 1986 Con Con and the detrimental attacks that were made on the rights of women and minority groups in our state. Rhode Islanders were right to be worried then, and they are right to be concerned now. We can expect those attacks to resume, and this time we can expect that they will include the rights of workers in the Ocean State.

The landscape has changed drastically for the working class since the 1986 Con Con. Attacks on unions nationwide have weakened our economy, and the ripple effects have left us all reeling. The middle class is shrinking. Wages have stagnated. Worker safety is no longer a priority. The rise of Right-to-Work laws have had a detrimental effect on workers in states across our country. Collective bargaining rights have been limited in places like Wisconsin. The recent Supreme Court ruling in Harris vs. Quinn reminds us that the war on workers’ rights is ongoing!
It is well known that our economy and the rights of workers go hand in hand. Many Americans still look back to the “good old days,” when our middle class was strong and union membership was at its peak. Well, our economy has gone the way of the unions. Union membership is down (as a percentage of the workforce) and the gap between the rich and the poor is rising.
Here in Rhode Island, attempts have been made to introduce Right-to-Work legislation to our General Assembly. Workers in states that have passed such legislation earn lower wages and experience higher workplace fatality rates. Fortunately, attempts to pass such legislation in Rhode Island have failed, but, should we convene a Constitutional Convention, you can bet that workers’ rights will be on the chopping block. This is a route our state cannot afford to take. Public employee bargaining rights and private sector prevailing wage laws could also be threatened by the convening of a Constitutional Convention.

I have heard those who are in favor of a Con Con refer to those of us who are rightfully concerned about our civil rights and worker rights as fearmongers. Nothing could be further from the truth. RenewRI, a group that recently formed in support of a Con Con, counts as one of its members Mike Stenhouse, the CEO of the Rhode Island Center for Freedom and Prosperity, a champion of Right to-Work-laws for Rhode Island. Under the guise of government reform, this group will encourage Rhode Islanders to ignore our concerns. Do not be fooled! They do not support our best interests!
The recent Preparatory Commission report estimated that the cost of holding a Con Con would be millions of dollars. At a time when valuable community services are at risk, our taxpayer dollars would be better spent in any number of ways. To convene a Con Con when we already have an effective system in place to amend our Constitution would, put simply, be a waste of our money. To proponents of a Con Con, the millions of dollars spent is not a lot of money, but consider how that money could better help our communities.
Rhode Islanders are no strangers to fighting for what is right. We have a proud history of standing up for the rights of workers. Our constant vigilance keeps us aware of what is really at stake. Come Nov. 4, I know Rhode Island’s workers won’t be let down. Vote to reject Question 3.
George H. Nee is president of the Rhode Island AFL-CIO.